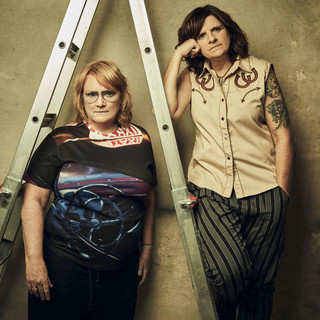 While they came into prominence as part of the late-'80s folky singer/songwriter revival, the Indigo Girls had staying power where other artists from the same era quickly faded. Their two-women-with-guitars formula may not have seemed very revolutionary on paper, but the combination of two distinct personalities and songwriting styles provided tension and an interesting balance. Emily Saliers, hailing from the more traditional Joni Mitchell school, boasted a gentler sound, was more complex musically, and leaned toward the abstract and spiritual. Meanwhile, Amy Ray drew heavily from the singer/songwriter aspects of punk rock, citing influences such as the Jam, the Pretenders, and Hüsker Dü for her more abrasive and direct approach. Throughout two decades of music, they managed to garner respectable mainstream success and maintain their rabid core following. Amy Ray and Emily Saliers first took the name Indigo Girls while living in Atlanta in 1985, although they had been performing together since the early '80s, at times under the name "the B-Band." In 1986, they recorded an independent self-titled EP and followed in 1987 with the full-length Strange Fire -- only 7,000 copies were pressed, however, and very little interest was generated. Things changed quickly in 1988 when, in the wake of the success of Suzanne Vega, Tracy Chapman, and 10,000 Maniacs, the duo seemed to fit nicely into "the next big thing." Appropriately, Epic Records was quick to sign them. Indigo Girls, released in 1989, was an excellent national debut. A guest vocal by R.E.M.'s Michael Stipe ("Kid Fears") gave them initial college radio credibility, and the single "Closer to Fine" was a hit -- buoyed by those strengths, the album eventually broke the Top 30 and earned a Grammy for Best Folk Recording that year. By the end of 1991, it achieved platinum sales. Strange Fire was reissued in the fall, with a cover of "Get Together" replacing one of the original tracks. The follow-up, 1990's Nomads Indians Saints, didn't fare quite as well. Although it was nominated for a Grammy and eventually reached gold status, the material wasn't nearly as strong. A live EP, Back on the Bus, Y'All, was released in 1991 while the women regrouped; it, too, was certified gold and garnered a Grammy nomination. In spring of 1992, the Indigo Girls made a comeback with Rites of Passage, which debuted at number 22 and went platinum by the year's end. The album showed an increasing diversity and some of their strongest songs to date. Almost exactly two years later, Swamp Ophelia was released and entered the charts at number nine; it went gold by the end of the year. A double live album, 1200 Curfews, was released in 1995 and the much awaited follow-up to Swamp Ophelia, Shaming of the Sun, followed in 1997. The duo's next effort, Come on Now Social, appeared two years later. Released in 2002, Become You was stripped down in comparison to the orchestration of the Girls' more recent work, and 2004's All That We Let In was generally regarded as their strongest album in years. A rarities set appeared the following year, marking Saliers and Ray's 20-year anniversary as Indigo Girls, as well as their last release on the Epic roster. Shortly thereafter, Saliers and Ray signed a five-album deal with Hollywood Records, although the songwriters only released one record -- the Mitchell Froom-produced Despite Our Differences, issued in 2006 -- before Hollywood dropped them from its roster. the Indigo Girls took to their website to assure fans that the band would move onward, and 2009's Poseidon and the Bitter Bug marked their first independent release in over 20 years. Released in 2010, the double-disc Staring Down the Brilliant Dream featured live performances from shows between 2006 and 2009, and the duo wrapped up the year by releasing a holiday-themed bluegrass album, Holly Happy Days. Issued in 2011, Beauty Queen Sister, the Indigo Girls’ 14th studio album and the fourth to be released on their own IG Recordings imprint for Vanguard Records, reunited them with producer Peter Collins, who helmed the duo’s earlier albums Rites of Passage and Swamp Ophelia. 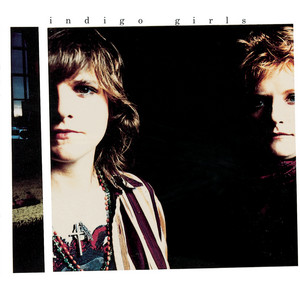 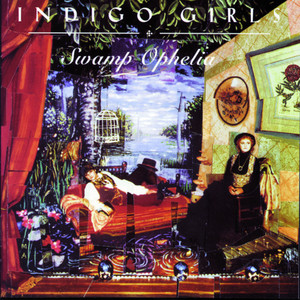 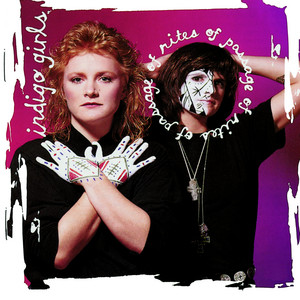 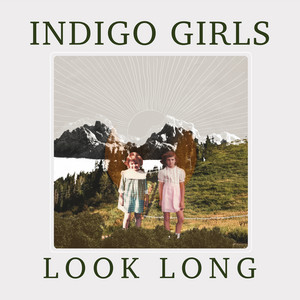 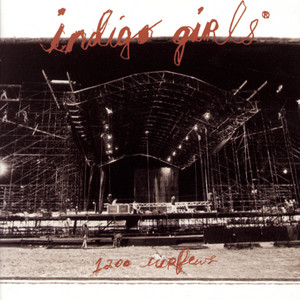